It’s beginning to look a lot like Christmas, and this can mean only one thing: it’s time to defrost Bublé.

After the release of the Canadian crooner’s first Christmas album in 2011, his name became synonymous with all things festive. His Christmas credentials are further proven when we look at Google Trends data…

The graph below shows the number of Google searches for ‘Michael Bublé’ since the year his debut Christmas album was released. It shows a huge spike in searches every November and December, highlighting how he instantly became the ‘go to’ soundtrack for Christmas’ all over the world.

Much like those of the big man in red himself, Bublé’s public appearances became increasingly confined to the winter months. In fact, he’s become such a festive favourite, that search trends of his name mirror those of ‘Father Christmas’ and ‘Santa Claus’. 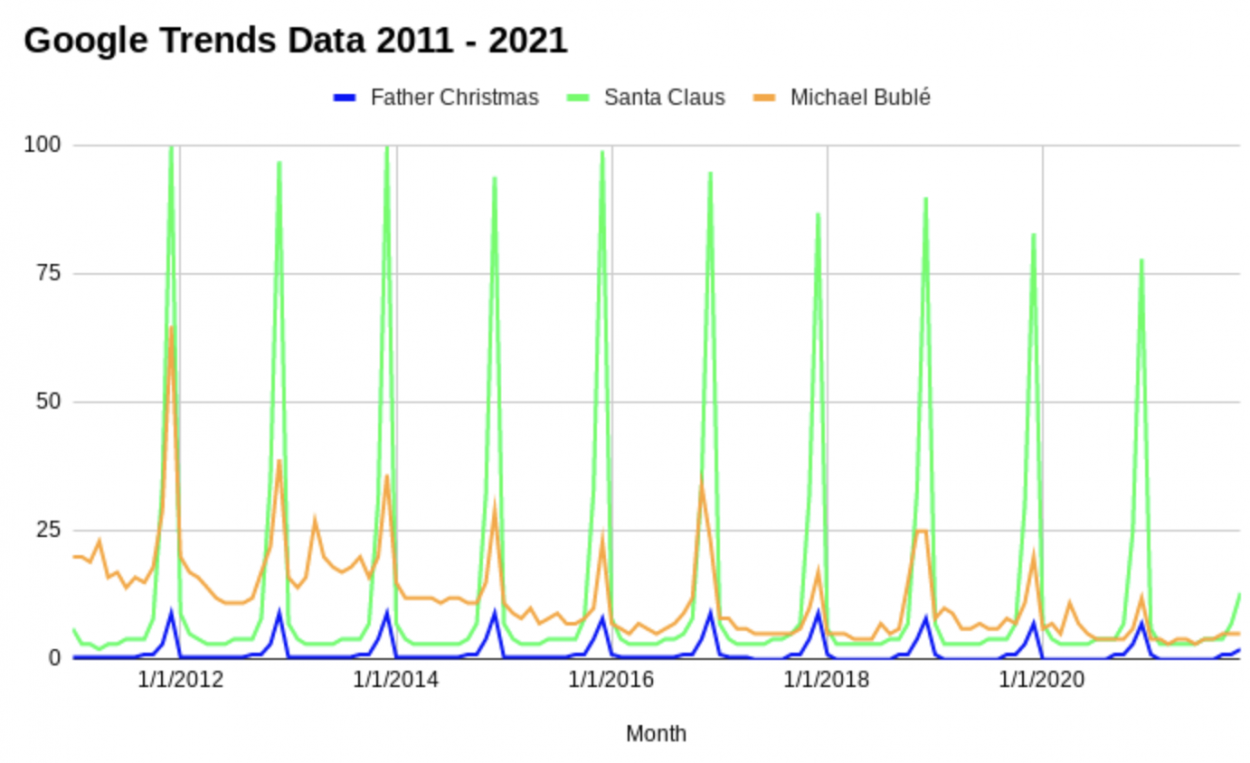 Though globally searches for the singer may be on a smaller scale, in the UK Michael Buble is actually searched for more than jolly old Saint Nick!

As you can see from the Google Trends data, each year it seems Mr Bublé pops back into the public eye as soon as Halloween and Bonfire night are done and dusted.

This has left people all over the world theorising in their masses. Where does he go the rest of the year?

The human race came to the only logical conclusion: Michael BubIé is kept in a freezer until the festive season.

If this popular theory is correct, which it’s safe to assume it is, then it’s important to plan ahead to avoid a Bublé-less Christmas.

How long would it take to defrost Bublé?

According to our calculations, Michael would need to be taken out of the freezer no later than 20 November if you want him thoroughly thawed by the big day.*

However, if you want your Bublé fix sooner, you’re not alone. Our research shows that we start dialling up the festive feels as
early as 23 November, when Spotify plays of his tunes leap by a whopping 21.7% in just one week. 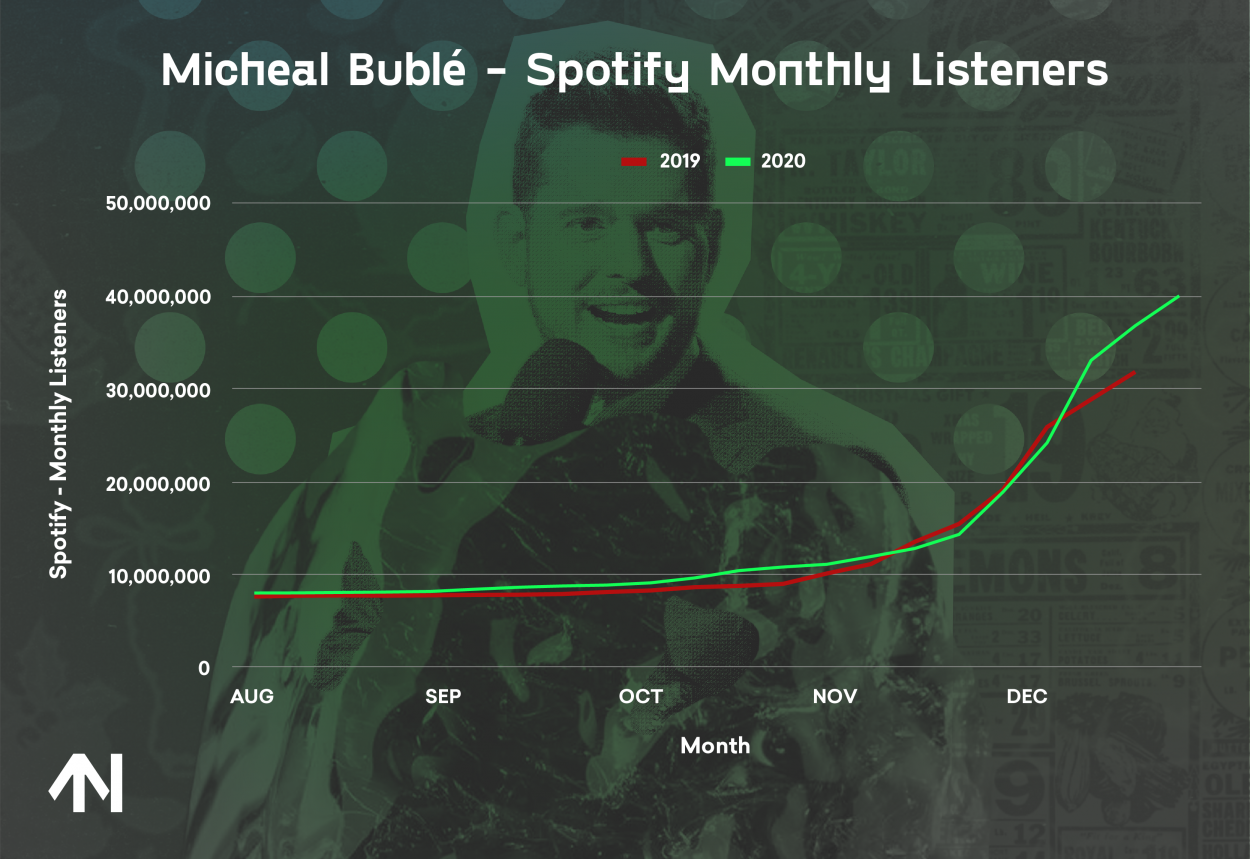 If you’re one of those early Bublé-ers, sadly you’re late to the party this year. To thaw him at room temperature he’d have to have been taken out of the freezer no later than 18 October.

But if you simply can’t wait to hear his dulcet tones, don’t panic! All is not lost…

It’d only take 17.4 hours to defrost Michael in the microwave.**

* This highly scientific calculation is based on Mr Bublé’s reported body weight of 174lbs, and the time it takes to defrost a turkey at room temperature (24 hours per 5lbs).

** This equally scientific calculation is based on Mr Bublé’s reported body weight of 174lbs, and the time it takes to defrost a turkey in the microwave (one minute per 1lb).